Bordeaux has been a major port in the Gironde estuary since ancient times, a natural crossroads between land, river and sea.

The Bituriges Vivisques, descendents of Celts who moved south, were attracted by the convenient location and settled at Bordeaux in around 300 BC. Bordeaux soon earned a reputation as an active centre of maritime trade, with exchanges of metals, wine, oil, copper and pottery making the port a key point in the Mediterranean – Atlantic axis.

The origins of the town 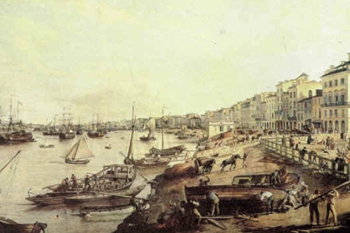 Powerless to resist successive waves of Germanic and Norman invasions, the port’s activities weakened considerably, and remained very restricted until the marriage of Eleanor of Aquitaine and Henry Plantagenet in 1152. This union tied the Aquitaine region to the English crown. Bordeaux’s previously limited maritime relations were greatly expanded thanks to this new link with the British Isles, as well as other Nordic countries: Bordeaux wines were exported in great quantities, with cloths and wheat imported from England in return

This period of prosperity for Bordeaux and its port ended in the mid-15th century following the reconquest of the region by the French, which weakened the port and its wine trade. It wasn’t until the 17th century that the area saw a revival in its trade, following the efforts of the Guyenne Chamber of Commerce.

The development of the city and its port was accelerated by the increase in the size of its merchant fleet and the development of trade with the overseas colonies. Colonial trade considerably strengthened the position of Bordeaux and its port, which ranked as the second main slave port in France, just behind Nantes, with a total of 419 slave expeditions. In the context of triangular trade, ship-owners traded between France, Africa and the West Indies, or just the West Indies, exchanging regional goods (like wine) for colonial products.

Bordeaux also supplied the majority of Europe with coffee, cocoa, sugar, cotton and indigo, becoming France’s busiest port and the second busiest port in the world after London. During the reign of Louis XVI, regular shipping routes with North America, the island of Bourbon and the West Indies were created, and Bordeaux’s activity, which benefited then, as it still does now, from the wine trade, accounted for a quarter of total national trade.

After a turbulent period in which the port’s activity was greatly reduced, a new free trade treaty contracted between France and England in 1860 helped restore the Port of Bordeaux’s vitality: wine exports quadrupled, new maritime routes were created and the list of imported and exported goods grew significantly. The colonial conquests of the Third French Republic also helped boost the development of the port’s activity. 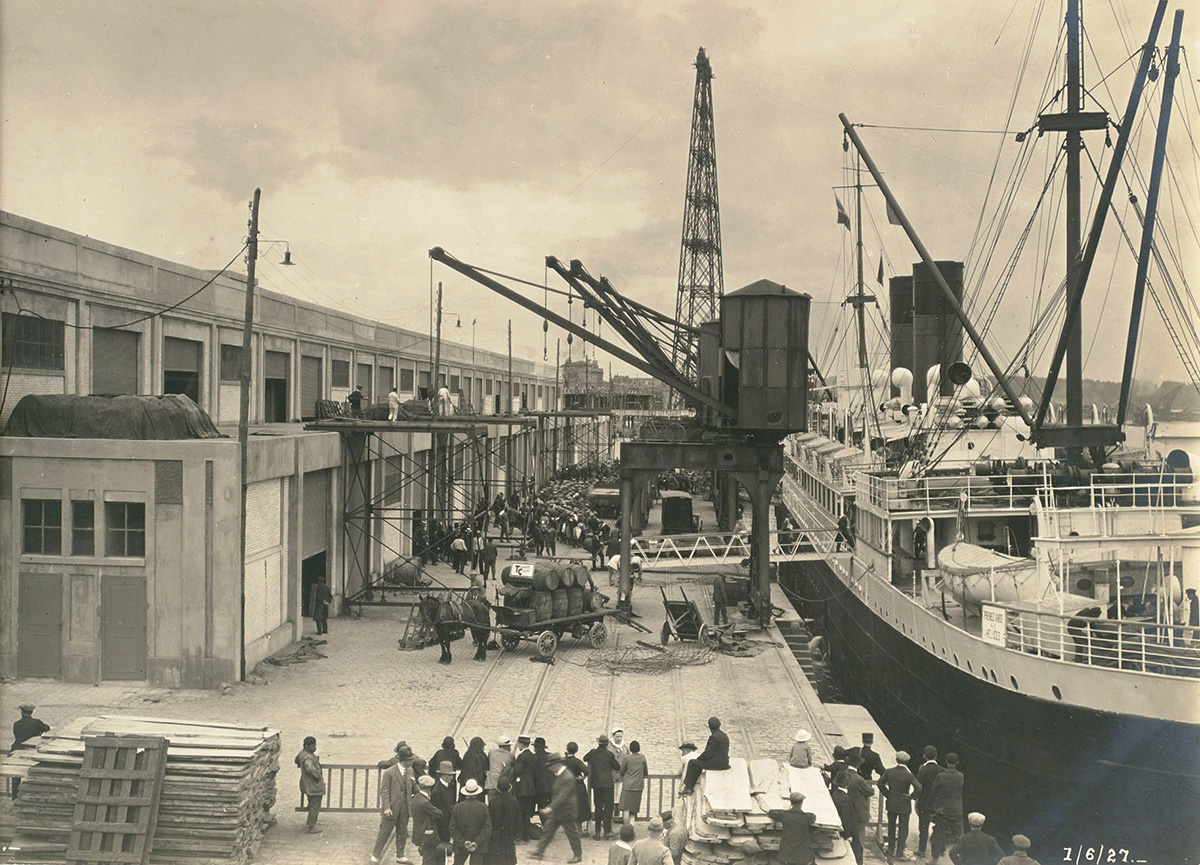 Works to modernise the port facilities were undertaken during the 20th century, with the aim of welcoming new vessels: construction of vertical quaysides, improvement of the access channel and the creation of an outer port. During the First World War, the port’s site served as a military base. Between 1939 and 1945, commercial traffic was reduced in favour of importing machinery for the war industry. Further away still from its commercial aspect, under the Occupation, the Port of Bordeaux became a strategic military port where the German army decided to build a sub-marine base (located on the docks). Shortly before the Liberation of France, Henri Salmide, a young German soldier who was supposed to carry out a planned explosion of the port’s infrastructure, refused to obey: in doing so, he saved thousands of lives and prevented the destruction of the port and the quays of Bordeaux. Today the headquarters of Atlantic Port of Bordeaux, established in February 2012, bears his name.

After the war, reconstruction of the port began. New port sites were opened and others were developed further downstream of the Aquitaine capital, along the estuary. Competition was increasingly tough, and so Port of Bordeaux specialised its infrastructure and facilities, and in 1976 opened a container terminal at Le Verdon.